Affordable water for the garden

Our water is quite expensive and after several very dry summers the cost of keeping the 1/2 acre garden alive was becoming prohibitive.  The previous owners had installed a 2000L tank near the greenhouse but it was filled only by the run off from the chicken "shed", around 6m2.  Plenty of water when it's raining regularly, but once the content was used in a dry summer, it never refilled enough to be useful.

The first project was to investigate the old well in front of the house.  This turned out to be productive, even in very dry periods it never ran dry so we bought a pump, installed an electricity supply and have used it to supply water to the courtyard and the front parking area.  However, the water is around 5m down and, because we are on a hill, there is another 8m rise and around 50m run to get the water into the 2000L tank. The little pump is simply not up to it. 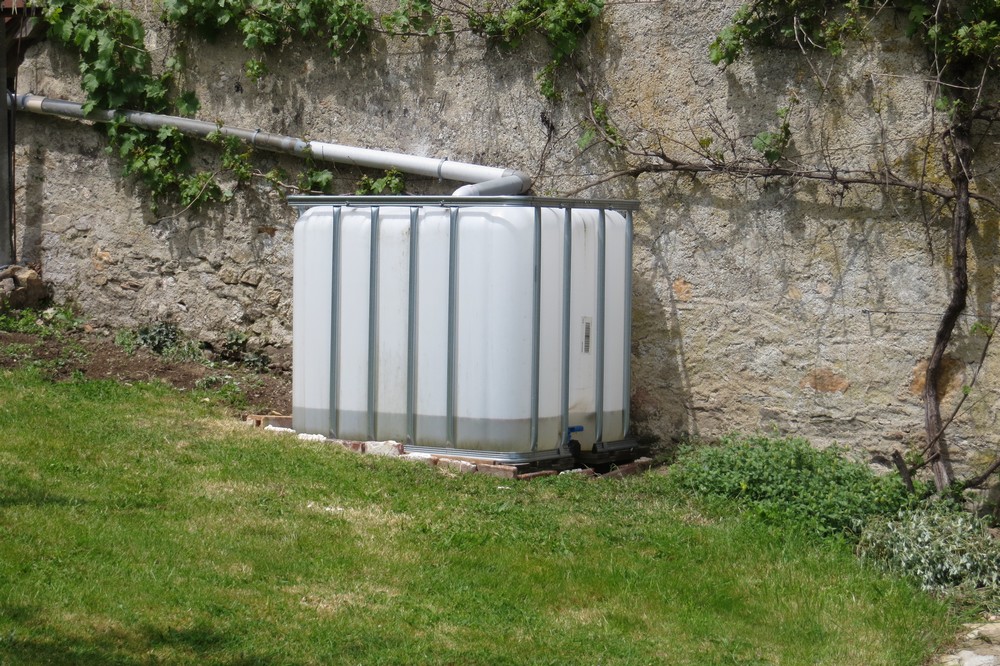 Second project was to install another tank, 1000L this time, where it could be fed from the barn roof.  This is a real transformation, thanks to over 100m2  of West facing roof it only needs a few mm of rain to fill it from empty and the other face of the roof could be plumbed in with little effort.  This has been used extensively during summer 2018 - however, we still had to resort to mains water in august/september, thanks to nearly 3 months with almost no rain at all.  One advantage of being on a slope, we did not have to raise the tank to be able to fill a watering can, we simply added a length of buried pipe and installed the tap further down the slope.

The next, and I hope final step will be to upgrade the submersible pump in the well with a high power version to enable us to top up the tanks from the well when the rain does not do it for us.  Once the new pump is installed in the well, the small existing pump can be fitted in one of the tanks to permit a sprinkler to be used with the stored rain water.

I bought the more powerful pump and it works beautifully.  I can now fill the 2000L tank from the well in around 40mins.